Howling winter winds pounding the snow into hard packed drifts. Howling summer winds snatching the precious top soil from the fields. Isolated. Lonely. No electricity. No radio. No television. What was a child to do?

Read. No matter that there were less than half a dozen books in the house. They could always be read and reread. 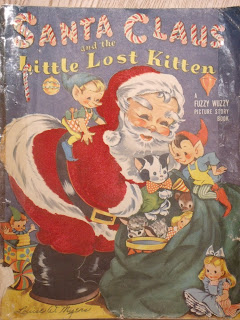 The fuzzy wuzzy Santa lost much of his fuzz from all the touches. The pop-up book barely escaped tears from all the pulling to see what treasures were in those pictures. 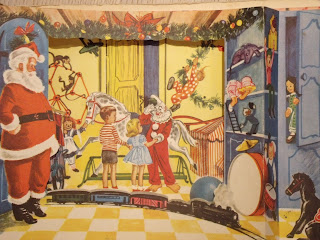 And what did that child do when she was an adult? Bought adult versions of pop-up books of course—the most special being Nick Bantock’s Griffin and Sabine series, with their letters to be pulled out, unfolded, read, and tucked back into their envelopes.

And what did that child do when she had children of her own? Bought them books of course, the favorites being pop-ups which they read over and over again. That mother marveled with her children at the magic of the books with their pullout bits, their wheels to turn, their pages that magically grew as they were opened. 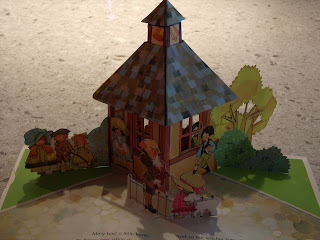 And what did that child do when she had a granddaughter? Bought her books of course, the favorites being pop-ups which they read over and over again. That grandmother marveled with her munchkin at the magic of the intricate designs. 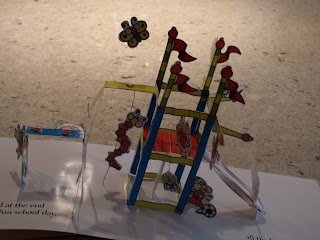