And, as they say in Mexico 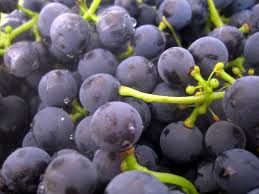 Próspero año nuevo!
The Twelve Grapes (Sp. Las doce uvas de la suerte, “The twelve grapes of luck”) is a Spanish tradition that dates back from at least 1895, but became established in 1909. In December of that year, when vine growers popularized this custom to better sell huge amounts of grapes from an excellent harvest.
The tradition consists of eating a grape with each strike of the bell at midnight of December 31.
According to the tradition, that leads to a year of prosperity. In some areas, it is believed that the tradition wards away witches and general evil, although this “magic” is treated like an old heritage, and in modern days it’s viewed as a cultural tradition to welcome the new year.
There are two main places where people gather to take the grapes. With family after dinner, or in the main squares around the country..
Posted by Unknown at 8:07 AM 1 comment:

Liverpool - not England, but Mexico 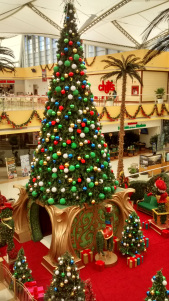 Liverpool, first called The Cloth Case, was founded in 1847 by Jean Baptiste Ebrard, a Frenchman who sold clothes from cases in downtown Mexico City.
In 1872, he began importing products from Europe. Much of the merchandise was shipped via Liverpool, England, prompting Ebrard to adopt the name Liverpool for his store.
In 1862 he opened a second store and since then it has not stopped growing. Now, Liverpool is a mid-to-high end retailer and the largest chain of department stores in Mexico, operating 17 shopping and 73 stores under the Liverpool name, 22 stores under the Fábricas de Francia name, 6 Duty Free stores, and 27 specialized boutiques.

Posted by Unknown at 1:25 PM No comments:

Re-reading my own books 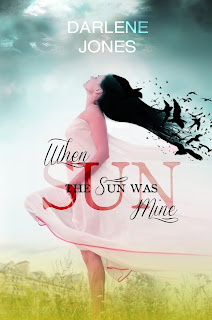 An author spends hours writing the first draft of a novel and then many more hours editing, proofing, and rewriting. We agonize over plot lines, character development, and word usage. We keep an eye out for proper grammar and punctuation. We have beta readers and writing partners and critiquing groups to guide us along the way to publication.

We set up our books on Amazon and Smashwords and Createspace. Copies of our books sit on our bookshelves and our ereaders, but we don’t open them. We’re too busy marketing and writing the next book and reading whatever we can get our hands on, because writers are above all readers.

It came as a surprise to me one day a few months ago when I had an urge to reread my own work. After four years, I expected to see them in a new light—and I did.

I found myself enthralled once again in the story I knew so intimately. With the fresh perspective of time away: there was much that I loved, a few typos, and a few bits that made me wince. How could I have repeated myself like that?

Back to work it was for yet more editing.

Perhaps in four years’ time I’ll read them again, but for now, I’m very happy with my work and it’s on to the next novel:

When the Sun was Mine  - now available in all formats. www.emandyves.com 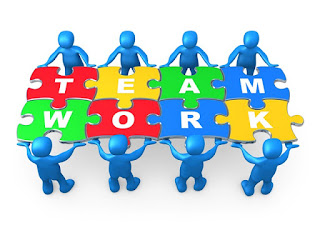 At the office, on the job site, in informal settings, a critiquing group—getting a number of employees or strangers to work productively together can be a challenge.

Often the group leader has participants engage in “warm-up” activities. You know the kind of thing—adult games to learn names, to get the group thinking about the task, etc.

Most, if not all, of these are a waste of time.

The first is to have each person “check in.” As a newly appointed principal, I tried this at the first staff meeting of the school year with a mix of the old gang and newly hired teachers, aides and custodians. Each was to tell us their name and something about their summer break and then say, “I’m checked in.” Or, they had the option of saying their name and passing. The teachers talked about their trips or funny things that happened. All of the support and custodial staff passed, but many came to me after and said, “I’ve never felt so much a part of the school before. Thank you for the checking in.”

The second strategy is even simpler. Working on a shared goal brings a group together faster than any games or checking in. I joined a newly formed critiquing group some years ago. We were strangers determined to write and write well. We introduced ourselves, decided on a procedure for sharing our writing and critiquing and got to work. By the end of that first meeting, we were a “team”—one that went on to hold writing retreats, one that many years later finds the members keeping in touch.
Posted by Unknown at 1:17 PM No comments: