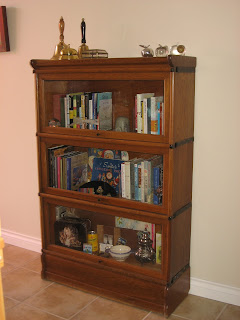 Finding something to read has become little more than hunting for that proverbial needle in the haystack.

In the “old days” we searched the shelves in the library for a title or cover that attracted our attention and then read the blurb. The hunt could take hours, followed by the trek home with an armload of books, only to cart several back unread as they just didn’t appeal.

Now, we receive emails from publishers and Amazon, from book groups like The Fussy Librarian and bloggers we follow, all of whom offer a multitude of suggestions for our reading pleasure.

With each book that captures our interest, we read the blurb, download the sample, and give it a try. Many of these too, will be deleted when the first bit doesn’t hold up to its initial promise.

In this entire time consuming search, it is perhaps the suggestions of fellow readers that hold the most promise for a good or great read.

With that in mind, here are a few books that I feel are worth your time.

The Iron Wire by Garry Kilworth who learned to receive and send Morse code at the age of 15.
Recommended by my aunt who lives in Australia, this recounting of the construction of the Adelaide to Darwin telegraph line is much more intriguing than it sounds. No dull list of facts here. Kilworth imbues the story with drama and a love of the harsh beauty of the land traversed in the stringing of the line.

The Villa Triste by Lucretia Grindle. A modern murder mystery, set apart from most by the fact that it is entwined with characters from WWII. Set in Florence we are shown a different side of the ravages of war as a senior policeman agrees to supervise a murder investigation, after it emerges the victim was once a Partisan hero.

Because We Are: A novel of Haiti by Ted Oswald. Harsh, gritty, and heartbreaking, this look at Haiti today will bring tears, but you won’t be able to stop reading. When ten-year-old orphan Libète discovers the bodies of a murdered mother and child, we are taken into the depths of the of Haiti’s most infamous slum.

Prayers for the Stolen by Jennifer Clement. If you want to know what life is really like for the majority of Mexicans—that is, the poor—read this. It is the most accurate account I have come across.