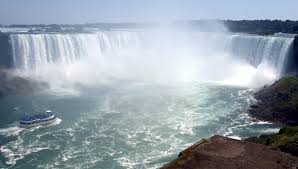 I stood under the shower for much longer than I needed to this morning. I should know better.

I’ve lived in Mali where we dared not touch the water from the river for fear of disease, where children sold this same water tied in little scraps of plastic to bus passengers, where plants and people withered and died during the dry season.

I’ve traveled from Edmonton to Tombouctou via Toronto, New York, Casablanca and Bamako.  The most expensive stop? Tombouctou—and that was for the bottled water which cost more than the night’s stay in the hotel in New York.

I’ve seen the scant water holes in the Serengeti. I’ve seen the murky water coming out of the taps in Mexico – the water that leaves your skin feeling dirtier after your shower than before you got in. I’ve seen the sharp demarcation between lush green and arid desert in the Nile valley.

Here in North America, we take water for granted, waste water shamefully. Not just any water, but clean water, drinkable from the tap water.

How lucky we are to have such luxury