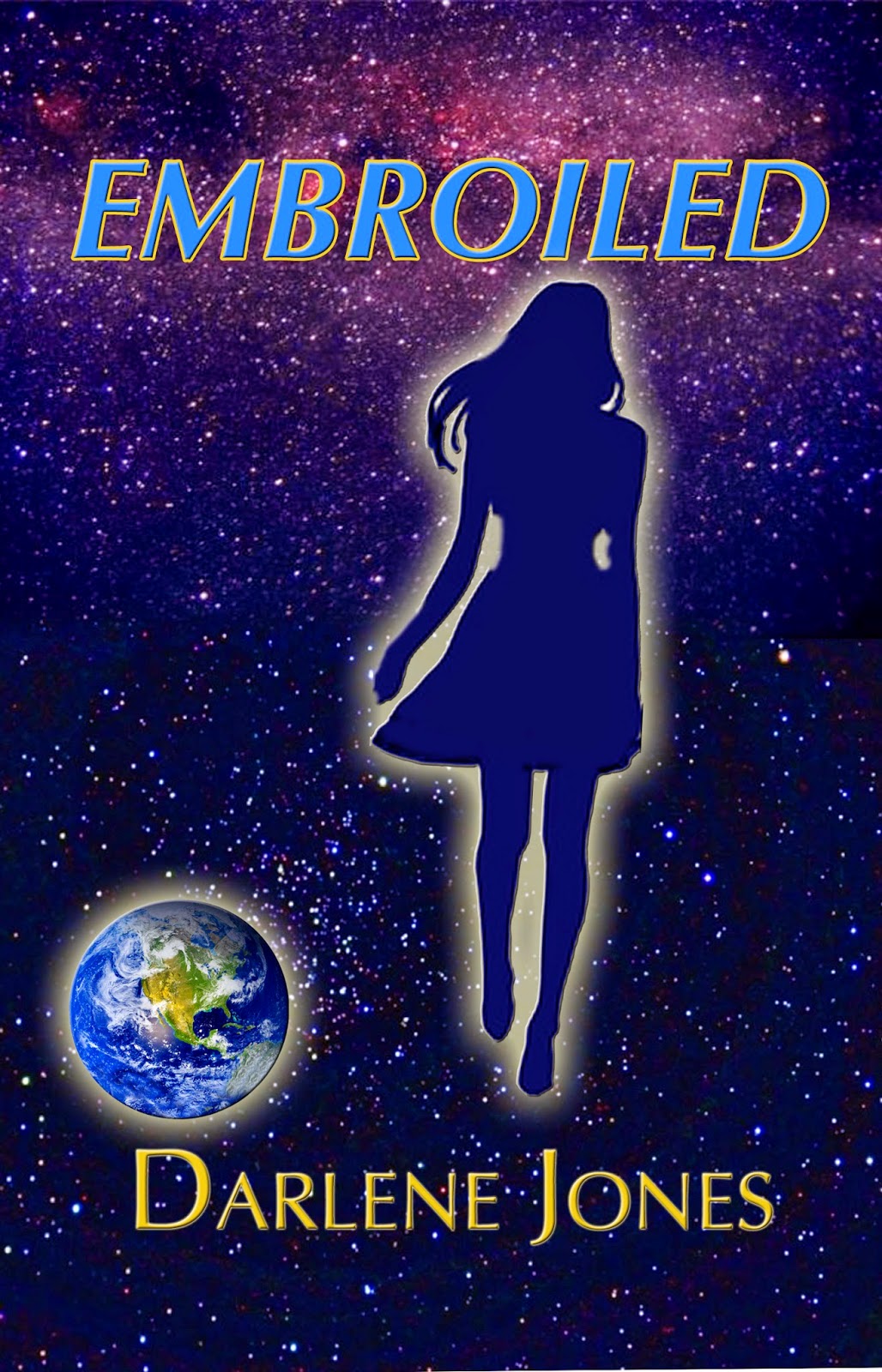 Most novels have at least one scene that is a turning point in the story. Something changes.  It could be an outer turning point where something happens to change the way the story evolves or an inner turning point where the person’s inner resolve or attitude changes. Maybe this change affects a character so that after this point, nothing will ever be the same for him or her. Some turning points are dramatic; some are more subtle. – Anneli Purchase

Emily doesn’t believe in heaven, but she has an insane desire to go “up there.” A yearning that’s so strong that she can no longer function in daily life. Even the wonderful Dr. David can’t help her find the answers she needs.
Then a stranger arrives claiming to be her soulmate, claiming to have loved her in other lives. She is inexorably drawn to him even as she runs from him.
To prove what he says is true, Yves takes her to his world. There she meets gods and Powers and people rescued from doomed planets—living the perfect heavenly life. She knows she belongs “up there” with Yves, but all is not as idyllic as it appears. Emily is the only one who sees the danger. Can she leave her family and friends to stay with Yves? Will she be able to save him and his world?

Yves ordered a second round of liqueurs. They sipped and sat in tense silence. At least, for Emily, it was tense. She clasped her hands in her lap. It’s now or never, girl. “Yves, did you … did you make the kids … that is … did you influence the kids to go back to school?”
“Yes.”
Emily felt her mouth drop open. “How on Earth did you do that?”
Yves hesitated. Emily’s heart dropped and her stomach fluttered. What story was he formulating in the pause? What lies would he tell?
“That’s not an easy question to answer, Em.”
“Emily.”
“It has to do with your world and mine.”
Emily frowned. “Your world? What world is that?” She laughed nervously. “Are you saying you’re an alien?” Asking the question, she felt like an idiot.
“Sort of.”
Emily went cold. Her heart seemed to drop right out of her. “Sort of!?” She was so flustered she choked on her words. Aware of odd looks from the people at neighboring tables, she struggled for control. She took a deep breath and hissed, “What the hell does that mean?”
Yves winced at her sharp tone. “It’s a long story.”
“They always are.” Emily gathered her handbag and keys and slid from her chair, more disappointed than she ever thought she could be. The keys fell from her trembling hand. She reached down to scoop them up.
Yves was faster. He caught her hand and wrapped her fingers around her keys without letting go. “Please don’t leave.” He slapped some money on the table and stood. “I promised you an explanation, but I think it would be best if I showed you.”
“Showed me what?”
“My world.”
Emily stalked off to her car, as majestically as one could stalk off in flat sandals. “From another world. Yeah! Right!”
“Em, wait up,” Yves called. “You said, you believed.”
Without slowing down or looking back, Emily clicked the fob to unlock her car, opened the driver’s door, and tossed her purse inside. If Yves wanted to show her where he lived, she’d go along. Truth be told, she’d go anywhere with him. God, girl, you are so stupid. What if this guy is on the lam from some loony bin? “Where to?” she asked.
Yves’s face lit up. A sort of halo wavered around his head. Too much alcohol tonight, she thought. She closed her eyes for a moment and gave herself a mental shake, but, when she looked again, the halo was still there.
“You’ll come?” Yves asked. She nodded and saw his face glow. “We won’t need your car.” Emily clicked the lock button and pocketed the keys. “Take my hands and close your eyes.”
With a shiver of apprehension, Emily did as he asked. Her feet seemed to lift from the ground. The air felt cool on her face. Then grass tickled her toes and Yves was telling her to open her eyes. Emily glanced down. Yes, it was grass. But they’d been in the paved parking lot just a second ago. Turning full circle to examine her surroundings, she knew she wasn’t in Kansas anymore. Maybe if she clicked her heels together…. “Where are we?”