The Seeds of a Novel 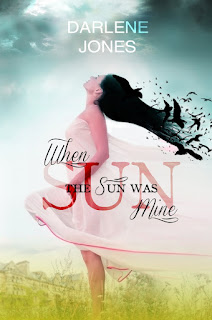 In her feature on Author Wednesday in October, author Christina Carson wrote, “Somewhere in the back of our minds saturated with intellectual and emotional experiences, a seed exists around which a story begins to form.”
I agree with Christina (although I could never express it quite so elegantly), forWhen the Sun was Mine sprouted from one of those seeds. If you were to ask me the moment the idea came to me, or how the idea came to me, I wouldn’t be able to answer. I have no conscious recollection of the beginnings of the story as they formed and grew in my mind.
I had published the Em and Yves series—the “seed” for those books stemmed from my experiences living in Mali—and I’d completed the compilation and publishing of the Mali to Mexico and Points In Between stories. I was floundering with nothing to write but had no “brainwaves” for the next novel. In fact, I feared there wouldn’t be a next novel. I needn’t have worried for suddenly I was writing. The story of Flo and Brit, the main characters of When the Sun was Mine, seemed to grow naturally, with little effort. Once I had the bare bones on paper, I reworked it, building on Flo and her background for she was the essence of what I wished to convey.
The friendship between Flo and Brit is, perhaps, an unusual one, but I had a similar experience (although not as a teen) when I shared a hospital room for many weeks with a much older lady who became very dear to me. We remained close friends until her death at age eighty-nine. Perhaps that friendship was one of the seeds Christina refers to.
Looking back on my writing I discovered, somewhat to my surprise, that teens play a significant role in each of my novels, and I suspect they will in anything I write in the future. I was an educator for many years. More seeds? A natural development in my work? I believe so.
Last night I had a dream that I had found the perfect seed for my next book. Of course, when I woke, the details evaporated. Frustrating? Yes, but a clear sign that now it’s time to relax for a bit and wait for another seed to germinate in my mind and another novel to be written. I know that, whatever the new story is, it will be a pleasure to write, for I can’t imagine a life without writing—and reading.
Posted by Unknown at 1:31 PM