Wise words from the Indian helped me be a better teacher 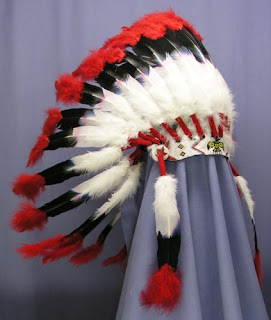 They troop into the office, the injured student and his or her gaggle of friends who cluster around the hurt one chattering away. I chase the mother hens out and deal with the injury, be it physical or emotional.

Then I meet the Indian.

Unfortunately, I can’t remember his name or even what he looked like, but what he said is vivid in my mind all these years later.

He was from South Dakota. In Canada we use the terms aboriginal or first nations, but he eschewed those saying, “I don’t understand you, here in Canada. I don’t need fancy words. I’m an Indian.”

And the words that I remember all these years later? They spoke about his philosophy for raising children.

Two of his examples loom large in my mind.

The father who got a call from the police saying his son was in jail the very first time he soloed in his father’s car. The father went to the police station and his first words to his son were, “I love you.”

The woman who lay in the hospital bed dying, the members of her family silently watchful in the crowded room—science can measure the medical benefits of the presence of others—don’t isolate the ill.

I went home that night thinking about my own actions and knew I was guilty of missing the boat in some critical instances. When an injured or upset student came to the office accompanied by a gaggle of friends, the first thing I did was chase the friends out and isolate the student. Now, I knew better and I soon found that letting the gaggle stay invariably reduced the stress for the injured student and calmed the situation for everyone, myself included.

I wish I could remember this wonderful wise man’s name, and the name of his organization. I wish I could write to him to thank him. I can’t do those things, but I can honor him by writing about him as I have done here.