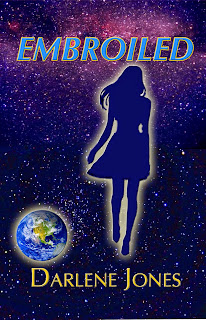 As writers, we’re told:
Write what you know.
Draw from your own experience.
Research.

We do all of that and then … we receive a note like this from a reader.

This question has to do with your last book, EMBROILED (I'm still reading it). Emily's character intrigues me. Do you happen to know anyone who's visited a shrink before? I ask because Emily's sessions with David are vivid. Engaging. I can't help but feel that this goes beyond the imaginary. But then, that is what a wonderful writer does, right? Carry the reader along.

No, I don’t know anyone who’s been to a shrink. No, I’ve never been to one myself. So, if I’ve truly created an authenticity for my readers (as this one assures me I have) where did that ability to do so come from?

Perhaps the portrayal of a patient with her psychiatrist is influenced by memories of such events in books I’ve read or movies and television shows I’ve watched. I think that could be an explanation, but I believe that would be only a partial answer.

Then this conversation occurs.

Discussing a favorite movie, one of our friends commented on a key scene. “Then the character said exactly what I expected her to say.” For him that was a defining moment, the key to the character and the plot. If she had said anything else, it would have thrown him out of the scene and back into his theatre seat.

What does it mean to create an Emily, a character that readers find so real?

What does it mean to have characters that “stay in character” like the one in the movie?

How do we create the characters who take the reader into other worlds?

We can describe physical features. We can show their reactions to the world around them. We can have other characters react to them.

But, I believe the most powerful tool the writer has is dialogue. What characters say, how they say it, their tone and body language show the reader who and what they really are.

To create that kind of perfection, the author must know his or her characters intimately. The motives that drive them, their fears, their dreams, all of their idiosyncrasies, as well as the more mundane details of birthdays, family relationships, childhood experiences, teen traumas, friends and lovers. Most of this the reader will never know, but the soul of the character, as the author knows him or her, will leach into the novel and into the hearts and minds of the reader.

Working with Emily through four novels, I’ve come to know her intimately. I know how she would react in most any situation. I know what would make her angry or sad. I know what would set her on the offensive and when she’d cower away from danger. I know that she’s a passionate advocate for education, that she abhors war, that she’s a chocoholic … And I know that her choice of a psychiatrist wouldn’t be random. She’d walk out on one if she thought he was a quack, or his personality clashed with hers, or he lacked compassion. Emily would want an upfront, no nonsense kind of person and that’s what she’d get.

So now, I’m not only intimately connected with Emily, I’m familiar with her doctor and that’s what the scenes are built from. That’s what creates a situation that does not allow for a false note and provides a credible story for the reader.

Knowing their characters as well as they know their friends and family allows the author to create authenticity through the actions and dialogue they engage in.