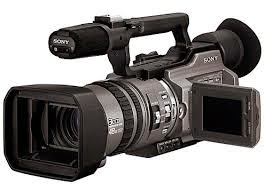 Picture taking is an invasion.

Writers create worlds with their words.  And if the writer is a master at his or her craft the words allow the reader to “see” a vivid picture of the scene, understand the characters, and thrill with the action. For many readers, creating their own images and impressions from word pictures is what makes reading superior to visual media.

Yet, as I type this, the saying, “a picture is worth a thousand words” reverberates in my head.

How do I feel about picture taking?

Many years ago, I sat on the upper deck of the General Soumare plying its way up the Niger River to Tombouctou. We docked at Goundam and watched, fascinated by the desert life on shore. Without moving from my chair, I reached down into my purse for my little camera. I had it partially out of my purse when someone in the circle of Touraug women spotted it. They began to rise and depart. I dropped my camera back into my purse and they settled into their circle again.

I time traveled to the Dogon area of Mali. I use the words “time travel” deliberately as we were among people surviving in Stone Age conditions. What they lived on was hard to fathom. Of course I wanted pictures. I raised my camera to capture a mother and her child. The moment she saw my camera, she picked up her child and posed, then held her hand out for money. I put my camera away. It wasn’t surprising that she would want money—any little bit would help the villagers to survive, but I was angry too, furious that careless camera toting tourists had created this situation. There are many better ways to support the poor.

At one time we lived in a unique river-side community in our city. Cyclists on the trails careened to a stop to talk about our houses. Cars drove by slowly, passengers gawking out their windows. Invariably, cameras appeared—the tourists ready to take pictures of the quaint locals infuriated me. Is that how others felt when I wielded my camera?

I take pictures for my blog—many of them in Mexico. They’re not very good photos, because I feel that I’m intrusive of people’s lives and homes so I snap quickly and hide the camera. I don’t believe I have a right to invade their lives in this way.

Of course I come home with regrets for the photos not taken.  I would dearly love that picture of the man on the horse waiting at the red light alongside my car or the man walking his cow across the main street of town.

Pictures are important, providing glimpses into the past, evidence of crimes, sights to marvel at, an opportunity to travel from your armchair, but at what cost to the subjects of those pictures?