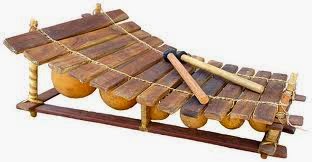 My first Christmas away from home was in Mali. My friend and I were volunteers with CUSO*. We made pie crust from buerre de karite (yes, the same karite that’s used in skin care products). We found the karite oil in a big barrel at the market, bought some and took it home not knowing what it was. We put it in the fridge and a few hours later decided, by the texture and taste, that we had a perfect shortening. We bought canned apples from China and made a pie. It was a huge success with all the Canadian CUSO volunteers. And no, we did not have a turkey.

Two years later I celebrated Christmas in Hawaii. Santa wore red shorts, red flip-flops and a perfect Santa hat to go with the long white beard that covered most of his bare chest. Pineapple and poi for dinner? No. Instead, we enjoyed a traditional turkey feast at the hotel.

A number of years later it was back to Mali and off to the village of Faladye to spend Christmas Day with our friend’s family. We took French bread and bottled water with us. Raymond’s mother butchered a chicken Christmas Eve and we gnawed on the tough old bird which was served with millet liberally mixed with sand and grit.

While most Malians are Muslim or animist, Raymond’s family is Catholic and the village boasts a large brick church. I’m not religious, but as we walked to church along with the villagers that night for midnight mass, it seemed perfectly natural to anticipate meeting Mary and Joseph around the next corner. Turning our gaze from the mud-brick walls to the star filled sky, a sense of peace washed over us, heightened no doubt by the silence of the savanna.

The service and songs were in Bambara, the carols played on a balafon. When we joined in the “fa la la la“ chorus, the children in front of us spun around to stare, wide eyed, mouths agape. We winked and continued singing. After the service everyone lined up outside the church to shake our hands.

For the past number of years, we’ve been in Mexico for Christmas. We have had tamales and flan, both of which are delicious, but we missed the traditional dinner especially the leftovers for breakfast the next morning which is the best part of a turkey dinner so now we cook a turkey on the barbecue.  We also have a piñata on Christmas Eve for the kids and we spend part of Christmas afternoon body boarding.

All so different from the white Christmas of home in Canada, with snow, and frost and sleigh rides, and Santa’s reindeer, but all equally enjoyable.